After 10 days of freeloading on Debbie and Marshall we decided that we couldn’t just keep on free-loading here in Charleston. So we’re sailing off to Carolina Beach where they have a summer cottage and we’ll free-load off them there for a week or so!

Actually we are going to their summer cottage but we’re going up the Intracoastal Waterway, a series of rivers, bays and canals that stretch from the Chesapeake Bay all the way to the bottom of Florida.  If you want to can hop on at the Hudson Canal on the St. Lawrence River up by Canada and sail all the way to Florida.

We’ll be going from Charleston to Norfolk with our friends Bente and Lars joining us at Carolina Beach and sailing with us for a couple of weeks.  At Norfolk – we’ll go outside and ocean sail up along Delaware, Maryland and New Jersey until we get to New York, the up the Hudson for a couple of days and then back down to the city.

But all that is later – for now – we’re on the ICW. You might remember that we have a 7 foot keel. But fully loaded as we are and sailing in fresh water (which has less buoyancy than salt water) our draft is closer to 7 ½ feet.  We also have a 60 foot mast (including antennas) and the bridges that don’t open on the ICW supposedly have a clearance of 65 feet (we shall see). Most people say it isn’t possible to take a boat with a 7 ½ foot draft up the ICW anymore because it hasn’t been dredged in the past 15 years. But we’re going to try.

The day before we left, Vinni ran into a couple of old salts on the docks who told her in no uncertain terms that what we were going to attempt simply couldn’t be done. The one, a rigger, claimed to have taken a boat with a 6 foot draft up last year and he said he would never attempt it again.  6 feet was more than difficult – 7.5 feet was impossible.

All of which, of course, got Vinni nervous.

Next morning, on the rising tide – we ventured out.  Here is a video clip of our first set of bridges.

Our run this first day was quite uneventful in terms of sailing – yes we had one or two moments where we felt a bit pressured by the narrow channel or the depth meter showing only a few inches of clearance below our keel, but My God, the beauty of the land.

This is some seriously beautiful marsh land we sailed through. Neither Vinni nor I could possibly get enough of it. Most of this is a National Park and therefore no house or people. Incredible and both of us kept saying “do you believe this?” and taking videos and pictures. 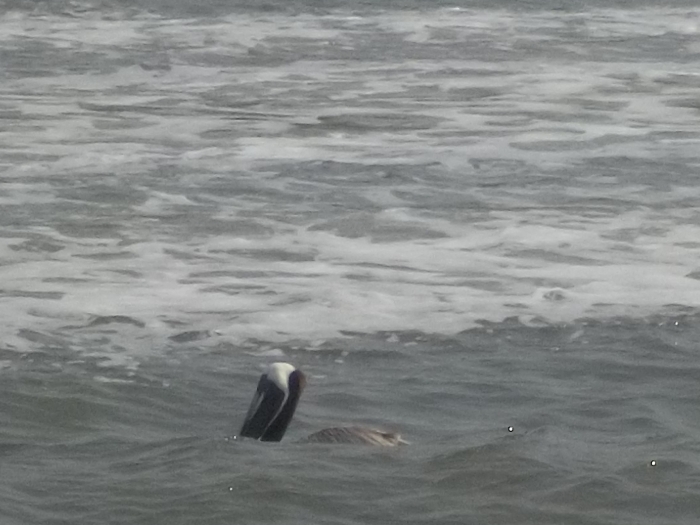 pelican having just gobbled a fish

We had dolphins following us most of the way, pelicans everywhere, hawks circling above us and while we didn’t get a picture, there are also several places where eagles nest.

I’ll let the pictures and the videos speak for themselves, although there is no way they are going to show the granduer of it all:

Vinnis had some comments in english: 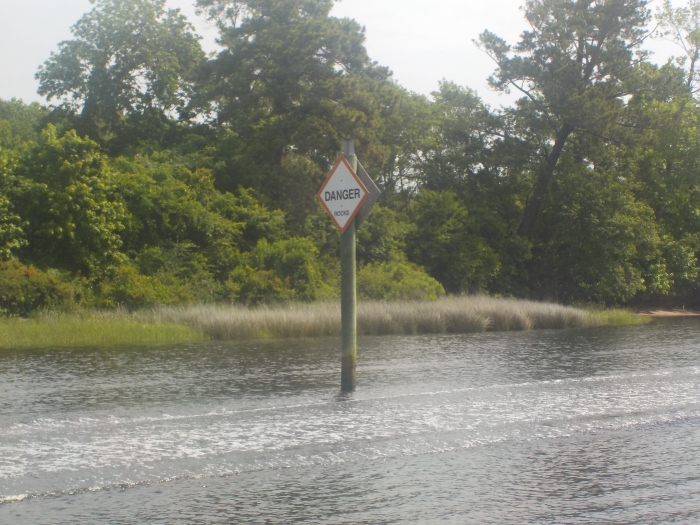 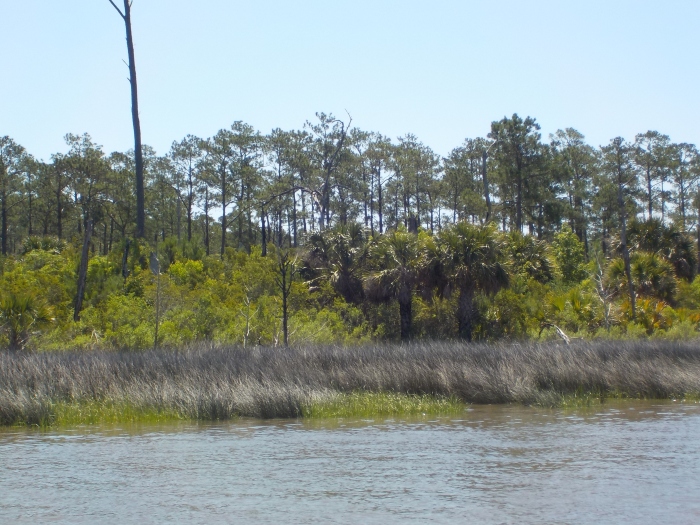 abandoned fire towers line this part of the ICW 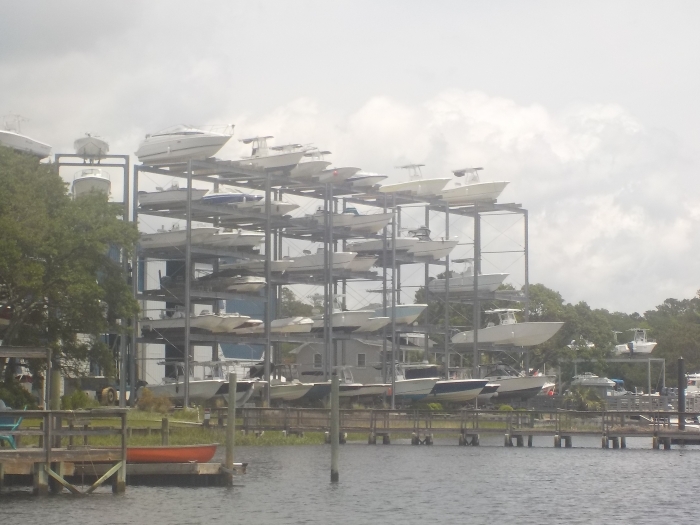