We have arrived at Laggan Lock and this spot is so breathtakingly beautiful that we decided to spend the night here instead of sailing on. 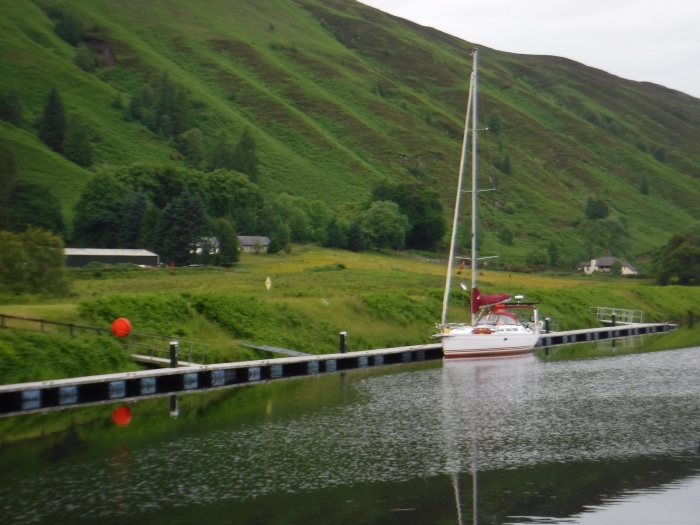 Tomorrow we will reach Fort Williams and the western end of the canal. From there it is out into the North Atlantic and Scotlands rock coastline and archipelagos. We’ll visit Oban and taste some whiskey and who knows?????

But first we have to descend Neptun’s Staricase a series of 8 locks that will drop us about 30 meters down to sea level. We awoke early and its cold – bitter cold. The descent will take about 2-2 1/2 hours, so we’ll probably stay the night in the Corpach basin before heading out for Oban.

Corpach basin was small, but we stayed, ate some dinner and hit the sack early, since we had to get up early for the run down to Oban and its distillery.

We left early and wound our way down the fjord between the mist covered mountains. Across the submarine exercise area (there are many of those up here) waiting to hear “torpedo los” or something like that, but we didn’t see any subs.  We did see some dolphins and seals (god – dolphins are fun to watch). 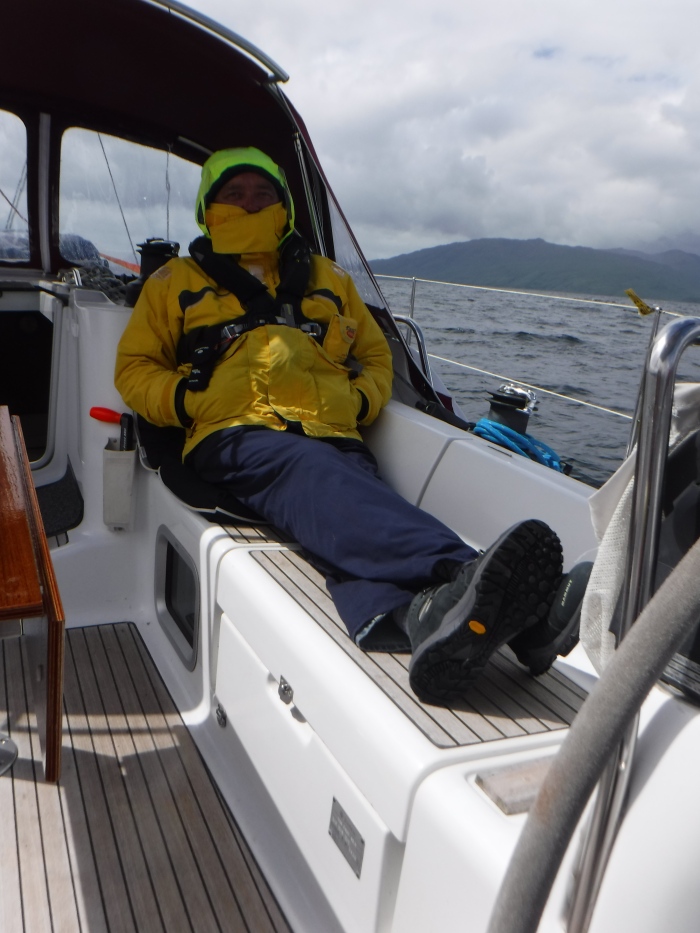 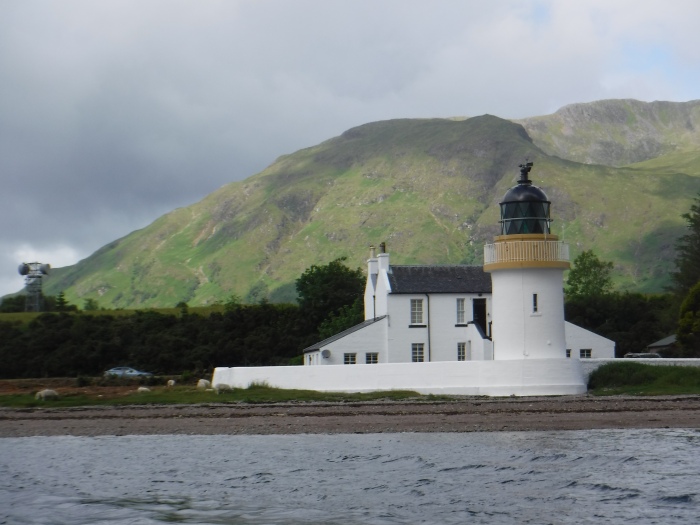 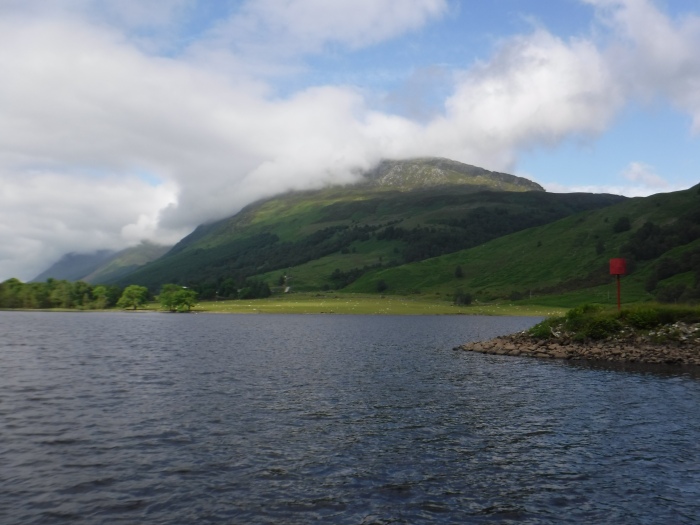 Late afternoon, we rounded the peninsula head and slide into Oban bay and found a slip in Oban Marina, just across the bay from the town (its not big enough to be called a city). Dinner was spare ribs and cole slaw and we were tired and hit the sack. 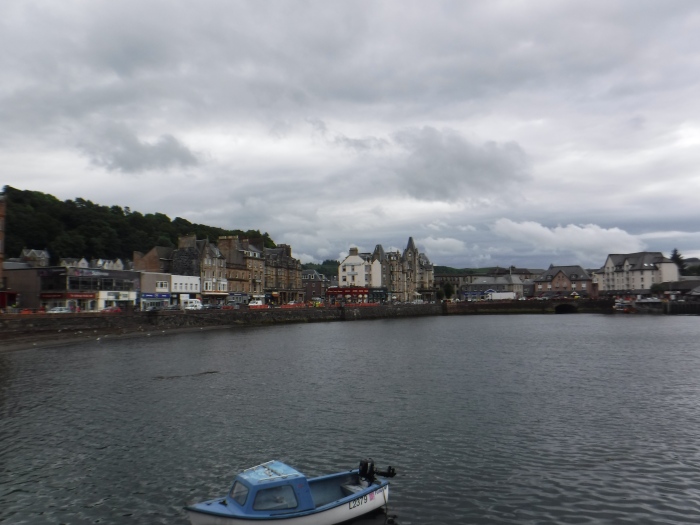 Next morning we had some fresh baked rolls for breakfast and took the small ferry over to Oban to see the town, have lunch and most importantly – visit the distillery.  After all – it has only been here since 1794 so they must have gotten the hang of making whiskey by now. 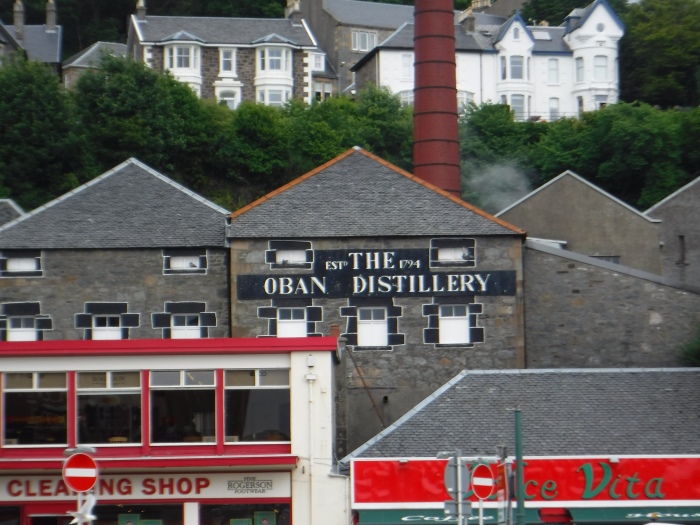 My kind of place – whiskey since 1794. They probably have the hang of it by now

Not sure if I told you or forgot – by the way it was raining.

Lunch was ok and since we had some time to kill, we climbed up to the top of the hill behind the distillery to see Obans tower, which is not really a tower but could pass for one. It was built in the late 1800’s by a local rich man as a way of keeping Obans bricklayers busy during the winter months, a private “public works project” if you will.  Nice view. 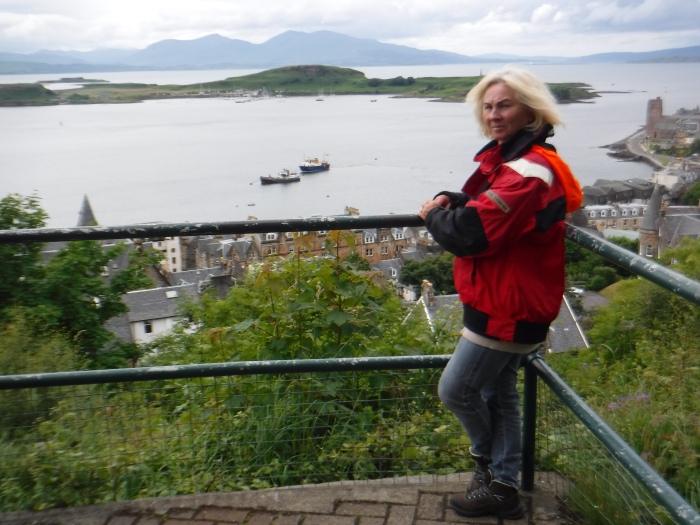 View from the tower. Capri is docked over on the other side of the bay at the marina you can just make out.

Safely back down – we took the tour, drank our samples (thank you!) got our free glasses with the Oban logo inscribed and, of course, bought a bottle.

Everything just in time to catch the ferry back to Capri, dinner, some wine and early to bed (as most salboaters do) since we were getting an early start.

It was early when we slipped out of Oban and down the long fjord. One of the things that a sailor needs to be aware of here in Scotland is tides and tidal streams (which we do not have in the Baltic). More about these later………………..