So dear friends, we actually managed to get a flight back to Charleston, landing at midnight (of course), rented a car and drove out to Capri.  Capri was sitting on land looking a bit forlorn, with snow around her and the temperature was around 20 degrees American (in other words – cold as hell (assuming hell is cold)). I found a ladder and we got on board and fired up our diesel heater, which fortunately decided to fire right up. We drank a little wine while dressed in every single warm thing we have and them went to bed.

So since it was terribly cold we snuggled right up to each other and naturally one thing led to another and soon we were in a hot embrace and going at it like rabbits……….

In your (and my) dreams! We were dressed in two pairs of socks, two t-shirts and a sweater and vinni had some sweatpants on and we had both a duvee and our Flannel blankets over top and we were still cold – not a single thought of romance – just warmth.

By nest morning the heater had taken off the worst of the chill and we could take off some of our clothes.

We spent the next couple of days provisioning the boat, saying good-bye to Marshall and Debbie (once again THANK YOU Marshall and Debbie for you limitless hospitality) and finally we sailed down the river to the main harbor, bunkered fuel and WOW – we were out on the ocean again. 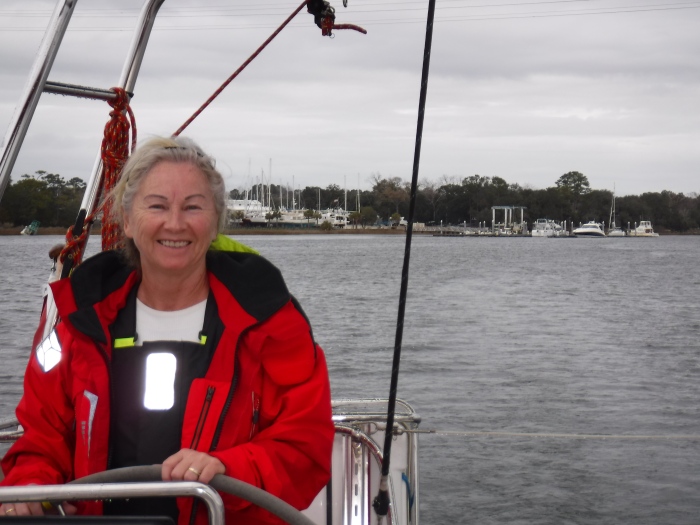 Vinni all smiles – Finally! Capri in the water and we’re on our way! 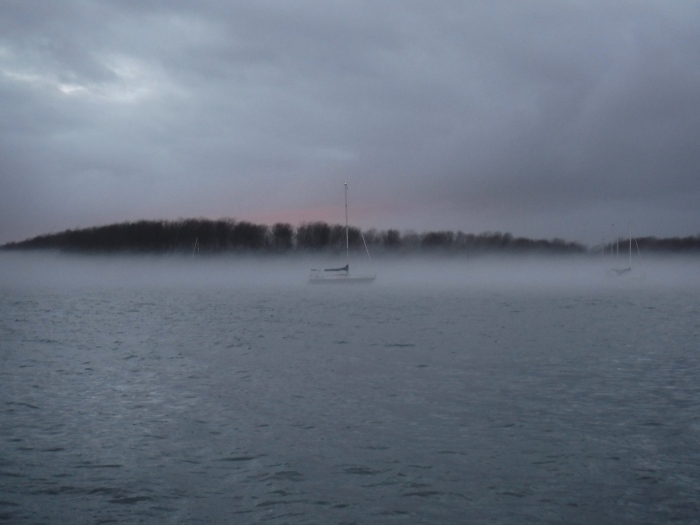 Too bad the temperatures hadn’t risen – it was cold as all get out, so we set our sights on getting to Brunswick Georgia, a harbour close to the Florida Georgia border.

This is how cold it was – note the sun is shining

Wonderful harbor, with great facilities. The town unfortunately is dying, as most smaller towns are. They are trying valiantly to save it, but there simply isn’t anything in the way of work to be had- the young people leave and don’t come back. 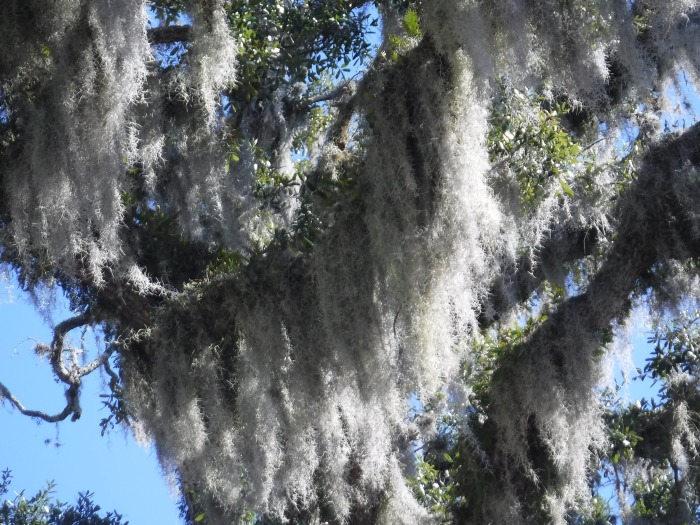 Spanish moss was thick in the trees in Brunswick

Next day we hit the water again (still cold) and cruised down the coast to Port Canaveral (also known as Cape Canaveral), where the US shoots off most of the their space rockets.  And we’re in luck!!! They are going to fire off an Atlas rocket that very evening, so despite it being cold as all get out, Vinni and I get dressed in everything we have, take a bottle of red wine and go up in the cockpit to watch.

Her equally suave and debonair escort flashes his evening dress

Just to find out that they have cancelled the launch and rescheduled for the next night.  Darn, darn and double darn.

Our next lives we will get to see a launch.

Capri running on a poled out genua

Next morning up and at-em – early sail towards Ft. Lauderdale, still cold and we were very happy to come into port the next morning, get a shower and some sleep. We stayed in Ft. Lauderdale for a couple of days, mainly to see my daughter, Kara in her new home and also to buy some charts and guide books for the pacific. And we were waiting for a weather window for the trip to the Bahamas-across the infamous Gulf Stream.

you never get tired of the sunsets

The weather window showed up and off we went sailing down to Miami first. We sailed to Maimi to get further south so that as we crossed and the current took hold of us – we would end up in the right place in the Bahamas. The crossing is 50nm or so and current moves you northward at an average 2.5 knots – so running at 5 knots, you have to aim 25nm south of your target and let the current bring you there.

Well the weather window didn’t materialize and we had a rough night. 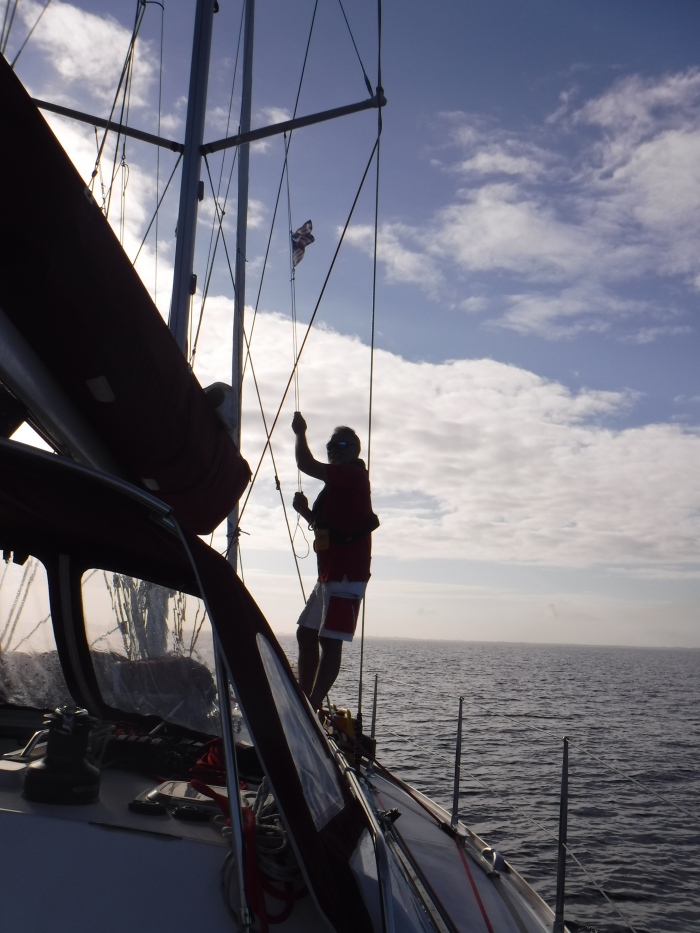 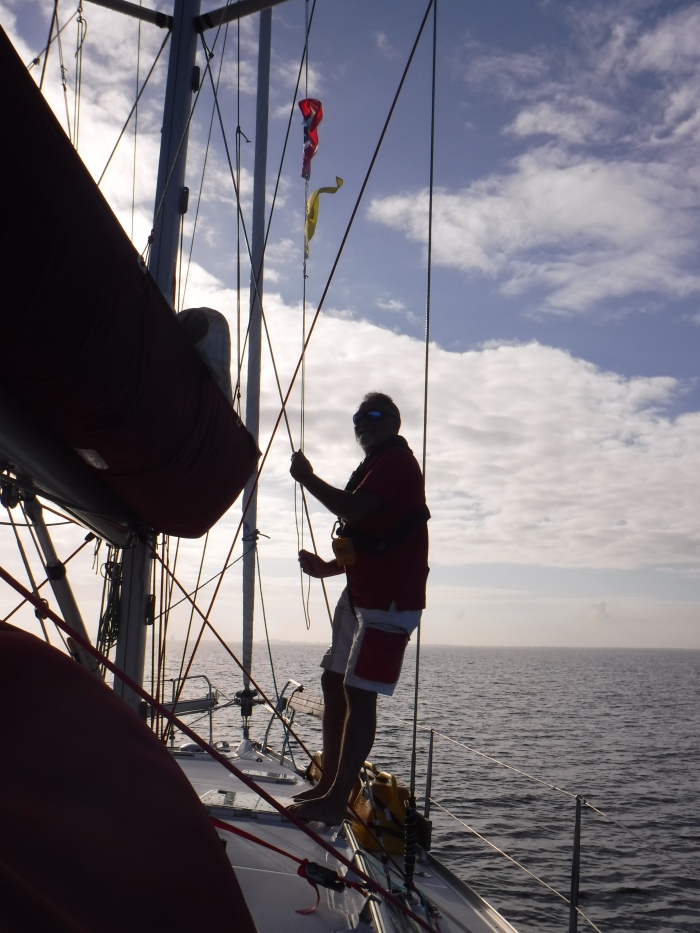 Up went the yellow “Q” flag and the Bahamian courtesy flag

In the middle of the night we heard a crash and checked everything we could rom the cockpit, but there didn’t seem to be anything wrong (but we got smarter when we got into Nassau). The weather finally died down after we had made the crossing, but we didn’t seem to be able to go much faster than 4 knots. Finally late afternoon of the second day we arrived in Nassau 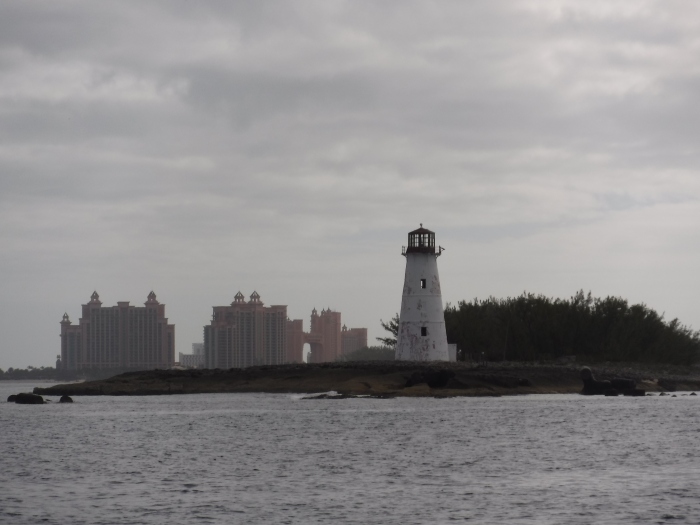 and docked only to discover that the crash we had heard was our anchor platform crashing down.  Seems the idiot we had used t make a new support strut in Charleston had used a stainless tube with only 1/8 inch wall thickness and that is not nearly heavy duty enough. 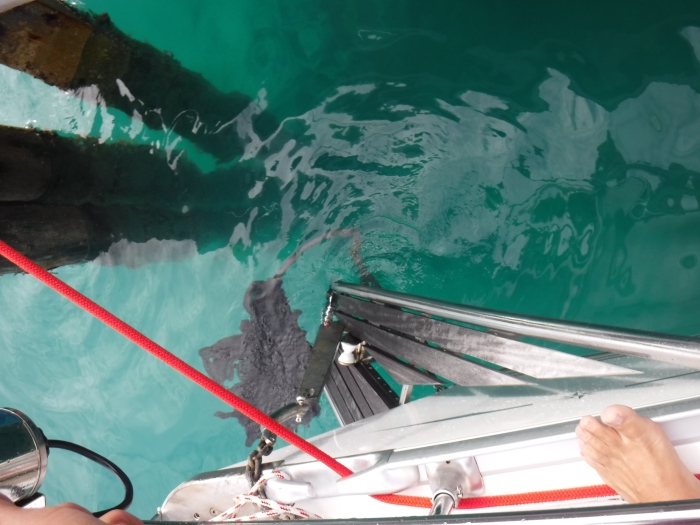 The whole platform was knocked down in the water

So once again we making repairs on Capri – hopefully this time it will be strong enough.

Vinni will write more about the minor disaster and we’ll keep all of you informed as to how we are making out.